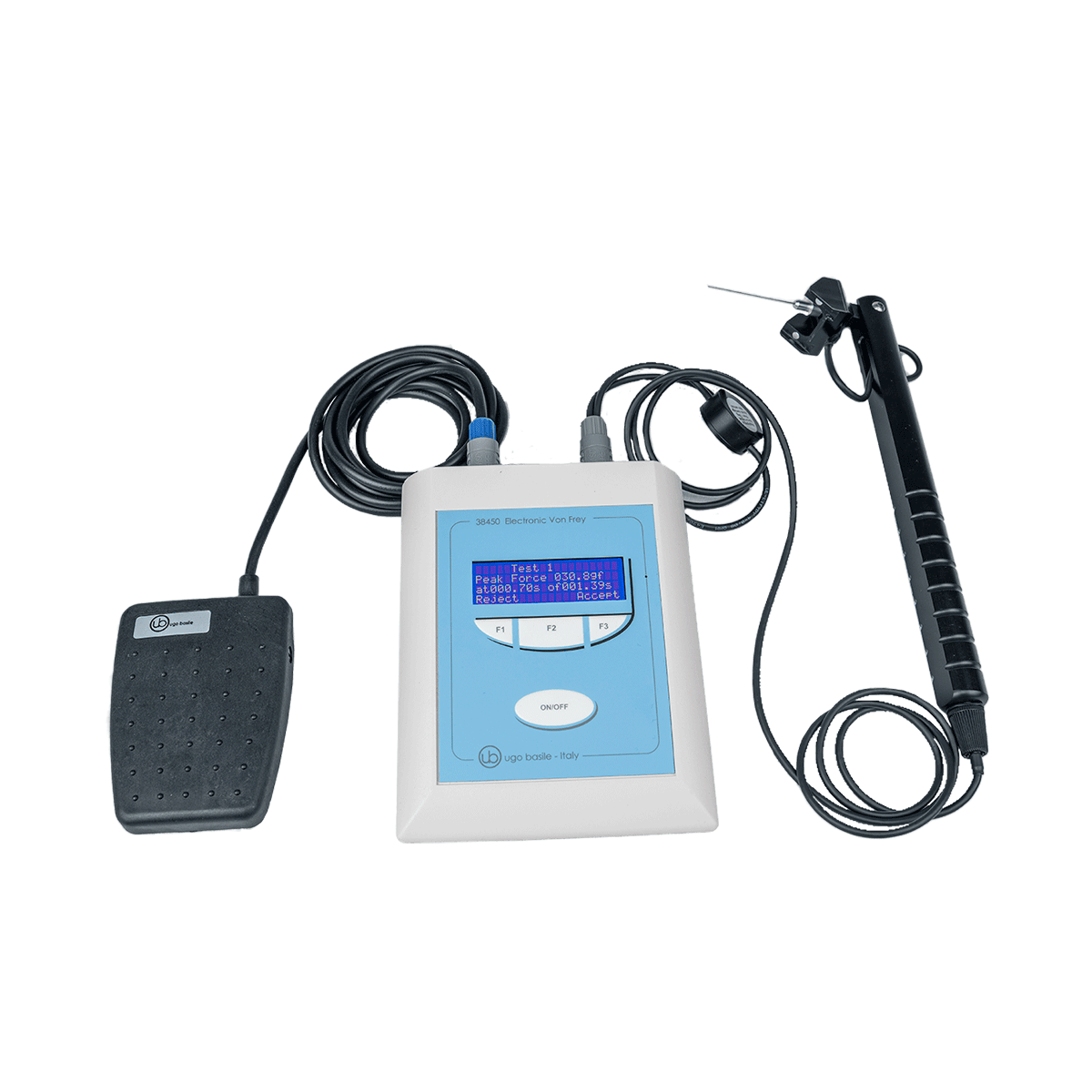 Measures mechanical sensitivity thresholds in rodents. For assessment of hypersensitivity and allodynia for analgesia, nociceptive, neuropathic and postsurgical studies.

* Speaking about force, although the sensor can detect forces from 0 to 1000g, it is reasonable to set the device lower limit to 5g, given by difficulty, even for the most skilled user, to apply forces below this threshold.

Impaired cutaneous sensation is usually first manife­sted in a loss of light touch detection. The Electronic Von Frey was developed to quantify light touch in the laboratory animal.

The classic instrument for test of touch sensitivity is the Von Frey hair or, more specifically, the Semmes- Weinstein set of Von Frey Hairs, i.e., 20 monofilaments in a linear scale of physical force.

The hair is pressed against the skin, the force applied increases with incre­asing hand pressure, until the hair bends; once the hair is bent, increasing hand approach causes further bend, but negligible additional force on the skin. In this way, a given filament always applies the same force, not subject to variation by the energy of the operator.

The Semmes-Weinstein set can be used on rodents (which respond to light touch of the paw, if they feel it, by a paw withdrawal reflex). However, the involved proce­dure is tedious and time-consuming because several stimulations must be performed for a single test (i.e. a different filament for each force level).

Compared to the classic Von Frey Hairs, the Electronic Von Frey device (e-VF) has the advantage of ensuring a continuous force application along the whole force capacity of the sensor (i.e. 1-1000 gf), by using a rigid metal tip, and the capability to record the animal response automatically.

Moreover, the metal tip used in the e-VF is the same as the one used in the classic Ugo Basile Dy­namic Plantar Aesthesiometer (PN 37450), allowing consistent comparison of results among the two instru­ments.

Back to: Pain and Inflammation