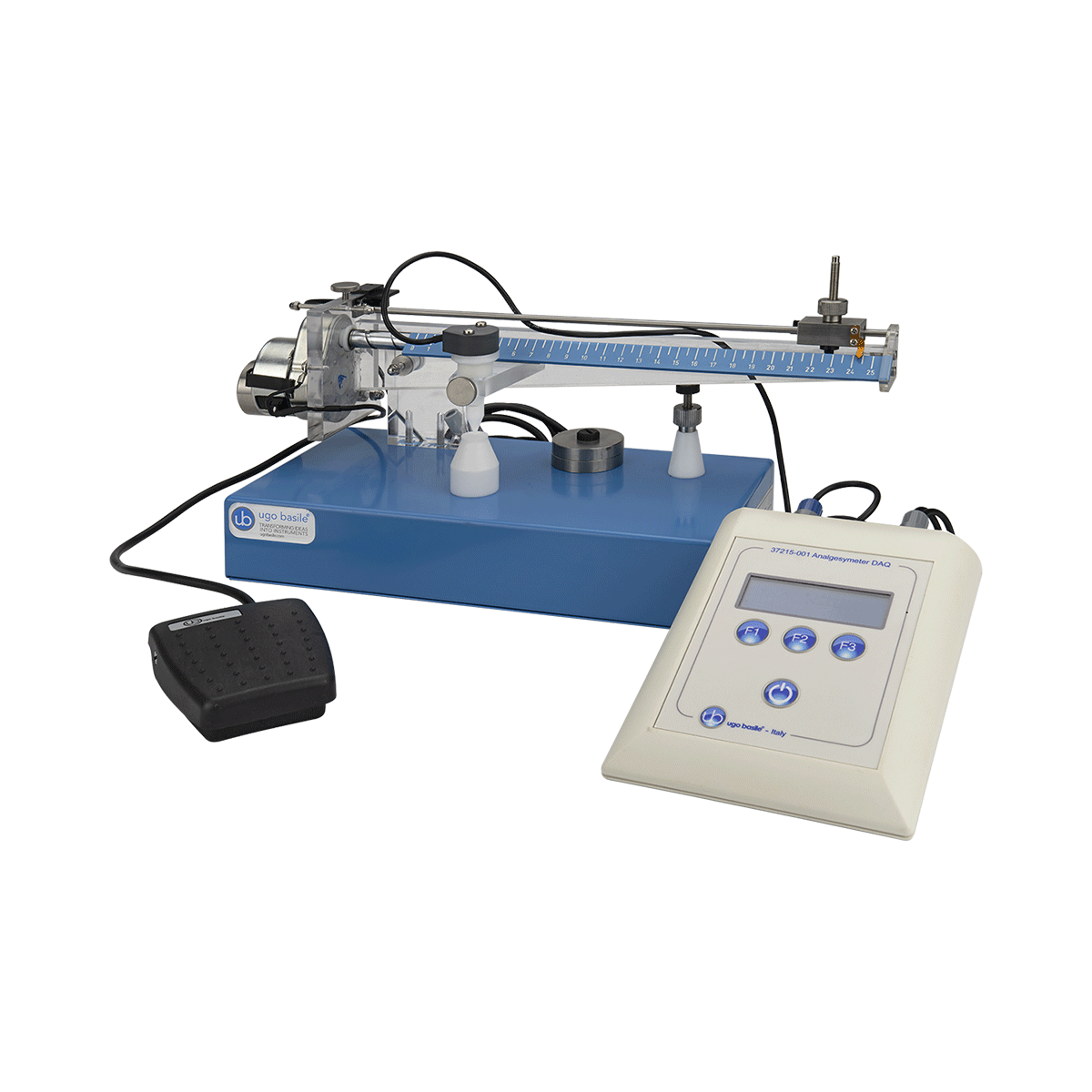 Measures the force on a rat or mouse paw according to the Randall-Selitto paw-pressure test, it enables rapid and precise screening of analgesic drugs for anti-nociceptive studies, in healthy or inflamed limbs. The device applies a steady increasing force, starting and stopping using the foot pedal. No calibration required. Digital model with force sensors and electronic unit is also available.

The Ugo Basile Analgesy-Meter has been designed to perform rapid and precise screening of analgesic drugs on the normal and inflamed rat/mouse paw. The instrument is basically a device which exerts an increasing force at a constant rate. This force is continuously monitored by a pointer moving along a linear scale or recorded on the digital interface upon model. The force is applied to the animal’s paw, which is placed on a small plinth under a cone-shaped pusher with a rounded tip.

The plinth is made of Teflon, which is biologically inert and has a very low friction coefficient. Thus, if the animal suddenly withdraws its paw, it slips out easily without being injured.

The operator depresses a pedal-switch to start the mechanism. When the animal reacts, it is free to leave the paw without any researcher action.

When the rat struggles, the operator releases the pedal and reads off the scale the force at which the animal felt pain.

Back to: Pain and Inflammation